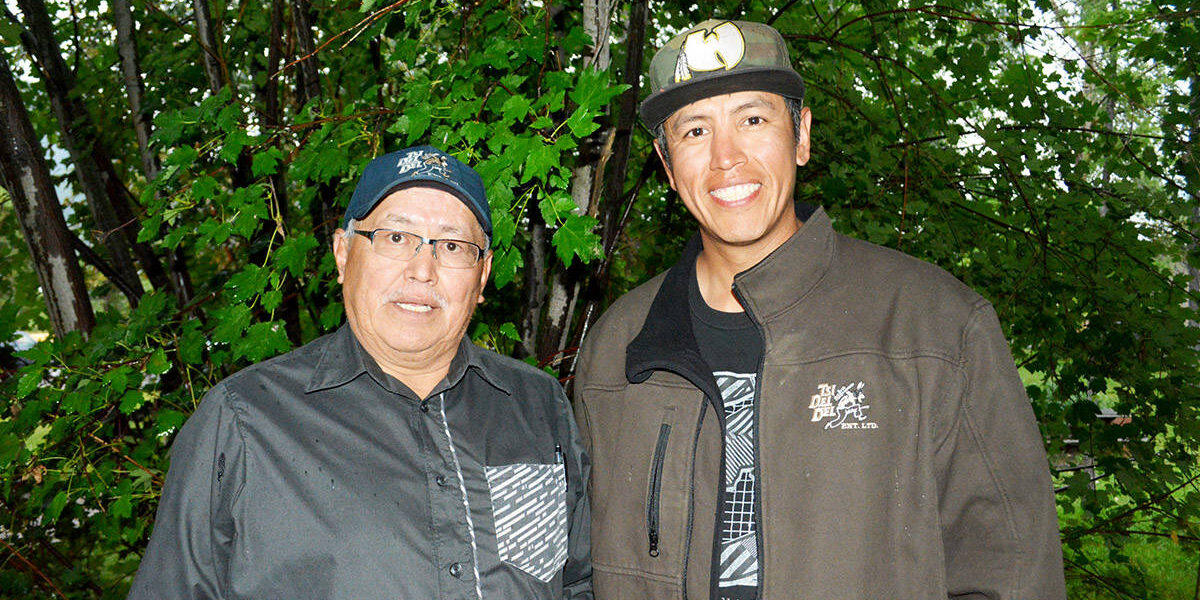 Like the waters they are trying to protect, participants in the Rivershed Society of B.C.’s Sustainable Living Leadership Program journey down the Fraser River continue to have a rippling effect.

More than 103 people have gone through since 2002, said NDP MP Fin Donnelly, founder and chair of the society, during a community dinner held in Williams Lake to welcome the 2019 paddlers.

The group departed from Dunster on July 22 and will complete the 29-day trip in Burnaby.

“In 2017 we cancelled the program because of the wildfires, but we’ve gone every other year,” Donnelly said. “This year with the Big Bar Slide we will get out of the river at Churn Creek and drive around and hopefully we can shuttle up to see the slide.”

During the community dinner, held at Scout Island Nature Centre, Guichon said his decision to go was a “last minute” thing.

“I heard about it from Talia Baptiste that they were looking for someone so on a whim I decided it would be great to spend 30 days on the river,” Guichon told the Tribune.

“I honestly did not know much about the program, but it is going pretty good so far.”

“They have pit houses at Xat’sull which are part of our heritage too,” Guichon said. “I slept two nights in a pit house and it was very grounding waking up.”

Each participant comes up with a sustainability project that inspires their journey, and Guichon said he plans to get involved with raising awareness.

“My project is to involve the youth as much as I can to help and protect our rivershed which is the Chilcotin Rivershed and also teach them some of the traditional ways of my people.”

Guichon said he has generations of knowledge thanks to his father, Chief Otis Guichon Sr. who was sitting next to him at the dinner.

“I am looking to pass that knowledge on to the next generation,” Guichon Jr. said.

Pooni said her project will be to help people reconnect.

Human bodies are made up of 70 per cent water and humans need to take care of the water, she added.

“Hopefully I am going to teach yoga at Scout Island to reconnect people with themselves and our creek and Fraser.”

Oliver Berger, born and raised near Spokin Lake east of Williams Lake, participated in the river journey in 2016 and has returned as a facilitator in 2018 and 2019.

Berger said the program is designed to help people in their communities develop projects for sustainability in places along the journey from the headwaters in the “tall timbers” of the Robson Valley, down the Fraser Canyon to the “big city” of Vancouver.

“It’s a great journey to get some perspective on how important the Fraser River is to B.C. and how many communities and people are affected by it,” Berger said.

“I did not realize myself that effect of the river until I did the trip so I think it’s great for people on the journey to realize that as well. It’s empowering for the people on the trip and for the projects they hope to implement when they go home.”

Shane Turnbull, a river rafting guide, said he enjoys being part of the journey and looks forward to learning from all of the participants. “Fin has been a visionary,” he said, adding rivers are the most important link in our world.

Rivershed Society of B.C.’s chair MP Fin Donnelly, second from left back row, with participants on this year’s Sustainable Leadership program journey down the Fraser River after a community dinner held at Scout Island Nature Centre. Oliver Berger, left, back row, is a past participant and facilitator and Lisa Bland, third from left, participated in the journey last year and is now a board member. Monica Lamb-Yorski photo